How Flipkart survived to be the "Sole Owner" ?

When Flipkart started as a tiny bookseller site nobody knows the potential of the company which not only promised but also delivers it, they not only successfully faced the challenges but literally vanishes the crowded market with their strategies. Its a talking point for many that how a off late struggling Flipkart managed to do a shopping of decent competitors in the Market ? What went wrong which let promoters of other competitors decided not to burn more and steam out from the Business ? 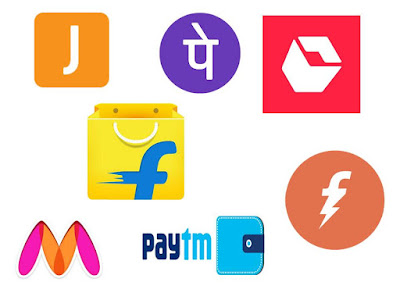 Flipkart, Snapdeal - Freecharge, Paytm are the startup glory of India but pronouncing a different stories altogether. Despite Paytm was the front runner to grab the demonetisation moment with both hand and getting continuous green signal from the Chinese E Comm major Alibaba, they still looking for either this way or another and or ready with any acquisition or merger and if its coming from the successful brand like Paytm then its a point to be noted for business observer.

Though these famous startups not has any unique concept but they did everything right so that their presence felt Globally despite limited to Indian Market only and tats how a Brand can manage to get a hefty investment from International Majors. Earlier days Business tycoons tries to put their hands on many orthodox or in non orthodox business out of which some used to work or some gets fail but they were always upto to try something new.

Path of Startup Guy is also same like Business Tycoon who took risk to start something new but most of the time with their own resources unless like Startup which expands only after receiving the major push from Investing Groups and basically this what the biggest reason of any Startup's failure. Not to be critical on Startups here since its a season of Merger with even Big Majors shaking hands with each other after found themselves difficult to survive.

Merger causes a huge layoff and in most of the cases with L1 Space to get clean up due to the "Performance" factor but in Startup layoff can be done in Senior Management too, imagine a employer hires you and make you feel that you're extremely lucky to get hire in the best of the best workplace and wants you to be committed and expect your talent limited to the group but can't assure your future in the company as well !!

Mistake can happen from the Senior Level and sometime people who was nothing to do with that mistake pays the price. No responsibility surely even if any Group admitted their error as neither they're authorised or either they're bound to answer. Flipkart as a brand settled in Market by doing nothing special where other brands spend Millions of Dollars just to spread the word. Flipkart most of their initial years was Pro Customer which led them make a space in every household.

In recent past Flipkart struggled Financially and their Valuation gone down which forced them to take some strict steps and to fix themselves in every aspect. They also lost the tag of Exclusive Site of many Electronic Brands which they hold for many years and their rift with sellers too gone high when they changed T&C for Sellers. But acquisition and connectivity with people was the key for Flipkart which increases the market share of the entire group and that was the positive for them.

As the argument is quite valid for a Investor companies that to earn they have to shell out money on a progressive company but with this they're also accountable to their Promoters and they have to show the graph in Green to get a "Green". Nowhere days Merger is the way to cut the cost for the internal operations though as a brand they still alive and contributing separately and with acquiring Myntra - Jabong and now Ebay India is a one such example from Flipkart. Strategically Flipkart also moved their Logistic arm E Kart as a separate entity which helped their entire group to shape up as a Big Unit.

Planning is one the X Factor in the business and if any business house looking to expand by acquiring then what're the priority of it ? And tats where the Companies set the different path for themselves which might Hit or Falls. Whatever the end result may be but that impacts the Market with Recession and End of Competition. This may help the Top Brass to get rid of running a tight business but they will left their trumpet blowers behind as Hopeless and Disappointed.
Posted by Anirudha Das at 10:23