Weakness in "Go Digital" moment can push it back ?

Recently one of the leading opposition party and its leader's twitter account get hacked and voices start raising that does India is ready with "Go Digital" moment or "Cashless" moment, does India is ready handle the Digital era where our Country is far behind in literacy compare to many Developed Country. Well the thing is hacking of twitter account can't justifies the insecurity of the Digital era but indeed we're less prepare before a massive push. As I tried to bring out a fact that people who themselves chosen the digital mode for payment and shopping are basically because of some tempting offers from the company and not because they think its a future need. I remember of my time when University start taking College exam fees online without giving a proper knowledge on how to fill it, those days despite internet charges are quite less compare to today but had lots of weakness in the system like slow internet, slow respond time etc. etc. Those days forget about Internet even Smartphones was not a cup of tea for everyone and less supported. Phishing, Hacking was the new terminology and systems are not ready enough to fight the challenges. Except doing needful from Cyber Cafe a guy had no other option. Those days Banks just got a additional responsibilities without enough preparation but yes Universities and Banks was always ready to charge processing fees and annual fees for the maintenance of the system like we have opted the thing by choice and not like a rule. 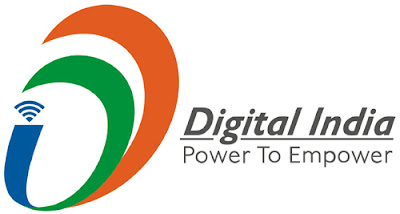 For next 1 or 2 years after launching the Online filling of a Exam Fees everyone used to be like a bully infront of the system. Those days due to high traffic even University Website remain down for most of the time, the form got open to fill just days before of your exams and except to pray for the successful transaction you got no other choices. You sit to fill the form very slowly University Website redirects you to the Bank Website, Bank Website ask you to change the password those days since Online Transaction was quite less need of Online Transaction was less as well hence obviously you have to encounter the password change activity all the time during the Exam Form filling, then after doing so process would start further after all this activity you finally found out that your form didn't filled but amount got deducted those days you won't even get confirmation message many times like today you got 80 out of 100 time so what just pray and keeps on checking the University Website. Obviously a big source of traffic used to increase because of this reason as well and if University start monetizing their websites then quite easily they would have make a lot of bucks for maintaining their system and update it with superior plans, well thats might happen or may not be but saddest part was that time or even before 2 years that Engineering students used to relied on less educated Cyber Operator for this entire process, I am not sure about current scenario but if Majority of Engineering student still believing to do a online transaction from someone else who is less qualified then you then its a mockery of a push of Go Digital and mockery of higher education in the Country which is already quite a costly affair to be honest.

No way we shouldn't move towards the Digital Era but less education towards it made things quite difficult for people to handle the technology which is known to ease your work rather then making it difficult. Not everyone has mail, not everyone has internet, so its not like everyone is quite sound of implication of the new gen technology also even if organization tries to it doesn't mean it reaching to everyone meaning of phishing and hacking should also being described in a simple way in every mode of communication which will help to reach people to people. We got many changes in society like from Paper Valet elections to EVM which is highly appreciated and accepted by everyone who cast his or her votes. Decade old ATM too accepted by most of the percentage of people but accepted quite late and not all of the sudden, similarly better management can deploy the planning more smoothly and efficiently. Indeed youths are more smart and progressive towards the digital era but system needs to be as well. When I wrote Deal with DeMonetisation or Deal with Politics !! I raised the point that we yet to got E Wallet from Govt. of India. After Demonetization exercise only push towards the RUPAY card increased not before it was when things was like as always. Banks are even asked to promote cashless transaction but surely push and forcing is a two different things and opposite to each other. We got twisted system, we got supercilious system, twisted one is quite easy and the other one is not every ones gettable.

Youths are in majority and they know the usage of E Technology well, younger generation are more keen to get a hand of to experiencing something new. You will found saying many with proud that they're the BETA tester of either a Mobile App or Mobile OS, no matter BETA testing is to realize the bugs and feeling the vulnerability but getting some extra features despite its not safe compare to normal users always excites the youth and thats why the growth and development in the IT infrastructure is quite high which is now expanded and reached in every corner of Household. Indeed a start is always a necessary if you're heading to foot towards the next gen era and then a push which is equally required to make sure that a start gets its destination. With Go Digital Era we got many options like Prepaid Cards, UPI based Apps from Banks and other third party developers, Mobile Wallets, Netbanking, Debit - Credit Cards and *99#. Yes in all the given options has some flaws, from that Net Banking is considered as one of the safest of all since transaction from the Net Banking need two passwords like Login and Transaction one along with OTP in the mobile but yes if not have Laptop and Computer then through Mobile any noob will stuck into it, Gateway failure will cause people a lot and ofcourse you will get a money back after 7 to 8 biz days if amount deducted but transaction not confirmed in this method. One of the weakest link from the above given options are Credit card which can hacked and can be made duplicate as well. Mobile Wallets becoming a good option but only verified ones are the trusted one. *99# need a good development since dependent on Aadhaar Card and Less choices are equalizing it as less effective.

No doubt that Digital Transactions are not safe but does it mean we won't take any step further and won't opt in near future ? Even we're using cash transaction its quite popular too but does we stopped using it after fearing from pickpocket ? Nope we have to be smart a little to safe ourself from the trouble. Giving importance to cashless transaction doesn't mean you start doing transaction in every worst case scenario, sensible and intelligence is the key always but yes we have to be ready with the future aspect all the time. One thing is needed and I guess most demanded is the processing charge, at this moment still some services deducting the processing charge which is a kind of curt in any such revolutionary moment. Yes you need money to manage system, servers but doesn't mean the cost should be charged from those who basically making the E era popular ? There are plenty more ways to support the maintenance cost, today when you check out IRCTC website for a example then you will found that it is well monetized quite well and must be earning too as from Ads but still IRCTC charges processing fees !! infact the more IRCTC pushes the E Transaction the less they needs to worry about the Man Power in Ticketing Counters. When a Government today strengthening the Digital India initiative with full force infact our PM got his own Mobile App then is quite easy to think about to launch a Government build Mobile Wallet too and effectively connect all Agency like IRCTC, BSNL, MTNL, State Electricity Board, Corporation Boards into it, it will not only help to save Crores of Rupees of Government in Manual Effort but also from Paper Formalities.

Its a time for every citizen as well to distribute a basic knowledge towards a Cashless Transaction and Digital Technology not in big frame but atleast in small circle whenever gets a opportunity, who knows any small effort can make a big difference towards building our Nation again.
Posted by Anirudha Das at 08:54