Does "Media Blackout" is a kind of Sympathy Gainer ?

NDTV INDIA the well known Hindi News channel from NDTV Group which was first banned by Ministry of Information Broadcasting due to claim to break the guidelines made by Govt. of India on broadcasting norms decision by Ministry is now on hold it means NDTV INDIA will not be off air at 9th of November from 1 PM till next 24 hours. Victory for Journalism might be, people who questioned freedom of speech !! But honestly who wins here ? Surely the media group who might be wrong on reporting may be they crossed the line by not caring something which they should, but question arise that why such guidelines made for ? Surely not to curb down group of few peoples who might not be feeling positive towards the leadership for many reasons but the same guideline can be used to other media houses as well who might by knowing - unknowingly crossing the line which they shouldn't be. After this decision many journalist of different media questioned the outcome of it, some even compare this moment of time with emergency but emergency never supported "Ayes" either. If some destructive elements comes then it takes down everything, everyone have to pay for it whether you support for it or oppose it. during constructive build as well few good needs to pay for it. 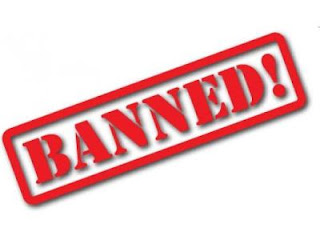 Its not that Media Blackout will not teach a lesson but Media Blackout may not impact the main curse behind it, you will find many TRP struggler tries to fight for viewership by sensationalizing the story. Content Producer of News Time Assam called One-day ban is free publicity for the channel which is also got a suspension for 1 day for offensive story. They decides to remain shut rather then fighting against the ban till it be considered "Unethical". Many channel deal with the suspension even before as well but impact is made in Indian News channels for the first time, many Non News channels which are either shut down or is in verge to shutdown because of less eyeballs as their contents are highly censored as per our Indian Society and Culture. News Channels may forgets the certain boundaries to cover  the story till any extent but there should be someone who needs to follow for the action. We does got the regulators and we does got audiences as well which actually shares the feedback as well to improve the programming level and to bring a talk in the domain that whether any show is too dangerous for our National Security or not.

India is one such Country where despite of people having Freedom to express still peoples are not that happy with that, its always like that they have some boundaries on certain things which actually is not but even if it is then its for Nations benefits rather then for any personal grudges and if we're for our Nation then whats the problem to following that certain Norms which you actually have to follow living anywhere being anyone, there is nothing wrong to follows it and there is no individual rules and regulations made for VIPs or VVIPs or for Commoners, rules are rules and it is made for everyone. Then why so much tense faces and why so much of arguments on this ? Infact we happily follows and ready to corporate in the World where we're living for our passion suddenly not for our livelihood hence there should not be any issue on what it meant for, criticism is always good and its a good thing about the Democracy but if constitutional rights getting better of the propaganda then it should be figure out all the time whenever it requires to.

I though believe that banning a News Channel is not a solution, to make them responsible let some financial penalties come into play. Banning will never justifies the cause it will all the time raising the question that its happening because News Channel is Anti rather then Pro or not like many in the same league. For some reason even if they crosses the line of any advisory then also there will be a benefit of a doubt all the time because at the end of the day they broadcasting what is best for their viewers and chasing the actual instance. There is no way to restrict the News Media houses because that is totally upto them what to report and how to report. Issues are not only with Indian Media only even in International Medias as well has some influence according to their ideology and with this they keeps on running their propaganda hence its a no reason to blame our Country's Media only. Hence either its Indian Media or International Media if they breaking any guidelines made for a benefit of a Country then rather banning it they should be penalizing with huge amount, that penalty amount should go to some charitable welfare trust so that there should be a accountability all the time, since in some news on which a benefit of doubt go towards Media, punishment should go as financial loss then blackout, any how in that case as well News Media will go to Court but you always got a point to challenge and proof that media is wrong.

But its not like that any report which hurts the country's integrity or breaking laws should also being priced. In that cases if Media Houses crosses all the borders of patience then in that case with the best of interest in the Country, Media should be punished with not only a blackout but also equally with a written justification of their reporting. The purpose anyhow needs to educate the certain boundaries which shouldn't be cross though and nothing else it shouldn't be curbing down by keeping the independence alive, power of words is good and should use in constructive ways rather then in destructive form, not everyone is perfect and surely this means that we need someone always to guide the entire cause. But as I mentioned there will be two - three scenarios we always encounter to judge the situation and we should always oppose negativism and shouldn't support for the same as per liking or not. There will be a certain cases when few stories will be a moment of proud but it can't equalize all. Its being always a welcome move to justifies the action but if found guilty then acceptance is a better way to gain respect rather then keeps on questioning and blaming.
Posted by Anirudha Das at 02:17