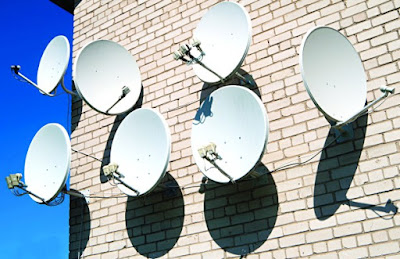 New Year is just 1 week from Friday and Digitization will take 1 step forward by covering the Phase III Cities under the new Cable TV Act. Although Phase IV deadline extended till 31st Dec. 2016 but for Cable Operators and DTH that phase will automatically cover up because as of now their attention is in both Phase III and Phase IV. Question arise that whats the impact of this digitization for Viewers, A simple theory Viewers have everything to loose and Operators, Broadcasters Govt. have everything to gain. Atleast 2 - 3 years ago Rs. 150 for TV looks costly to us now base pack price for Digital Platform costing minimum of Rs. 250. Its not that Rs. 150 is gone but that Rs. 150 and now is a huge difference and we need a compulsory digital box for our entertainment too means additional expend.

Digitization is a new way to collect Tax for the Govt. may be the new Petrol - Diesel for them which won't pollute the environment but surely will become a big dump from China made Set-top Box. Delhi Govt. already imposed 40% Tax just doubled then previous may be the new "Odd-Even" Formula will let them to add few more percentile on it. But this industry is the new hope for Govt. to make revenue as after Vehicle, Entertainment is the 2nd needless but important thing in our life. We can't run from TV whether it runs any useless program to prove it as a "Idiot Box". Govt. knows the more these broadcasters and operators expand the more it will rise the value as Tax. Already we having some 800 Private TV channels in India operating, Approx. 350 MSOs are distributing their service. 6 Private Paid DTH are beaming from different Satellites to serve peoples demand.

In Last year Service Tax of Central Govt. and State Govt. contributed a huge revenue, States having different Tax, Central imposed 14% Tax on Service then introduction of "Swachh Bharat Cess" impacting not only in our daily life but even in our Entertainment too. Entertainment may be the right of every Civilian but considered as Luxury in a Tax Book hence its a big and bold step to make sure every household contributes. For operators its a challenging industry now as they have to pay for infrastructure to content cost. In last 2 years big broadcasters expanded well atleast by launching 10 - 12 channels on their bouquet and made it distinctive as before.

Operators new hunt is HD channels, a new era of TV viewing which is 2 times better, lighter, sharper then normal one. Sales of flat TV panel increased so does expansion of HD channels. In last 4 years we now have 50+ HD channels in the Country. Although Upgradation of a Channels or Launching of Different Feeds expanded rapidly in last 2 - 3 years. This figure will further more increase and our TV bill too as of now no operator pushing HD package hard and it is totally upto subscriber whether they wants to watch the HD ones or not. But thing is the more you demand the more it will cost. As of now all operators promoting the HD channels aggressively as people start moving towards LCD or LEDs because of 2 benefits as its not only light weight but consume less space and can be hang in the wall which increase the show of the house too.


As discussed for operators its now a challenging industry, not only they have to invest in Set-top Box, Content Cost but in infrastructure as well, upgrading on broadcasting center also to pay the Govt. imposed Tax. Cable Operators entire style of distributing service has been changed though still its lax but over the time they too are in immersed pressure from Customers demand, MSO have to make sure that its LCO will remain with them and not start pulling other MSOs Line for the area, Digitization made a Tug of War situation among MSOs - LCO - Broadcasters - DTHs and ultimately Viewers have to  live with it. DTH always considered as Premium Service and still its a Premium Service costing more then Cable contributing high in a Taxation and filling maximum bills of broadcasters. DTH is the industry where there is a very less air to survive. No to "Open Sky" scheme and ISRO's failure to fulfil the demand of needed Capacity on time are enough to increase the tension among management. Less capacity means less channels and service means loosing the attention of customers, with this sad situation they not ables to compete in a market with fulfledge, forcefully screwing their strategy and difficult financial condition letting them down and out. Thats why even after more then 1 decade we only have 6 Private DTH among 1 was even in talk to sold out.


Govt. may pushed Digitization hard but still Operators and Peoples are not ready for it, Deadlines keeps on increasing and everyone hoping for fully concluded Digital TV India one day, Policies are still twisted and platforms too which may come on track but surely will took a time to become perfect. It can't be overnight but surely 1 decade to fix something which is growing in a sudden speed.
Posted by Anirudha Das at 03:26